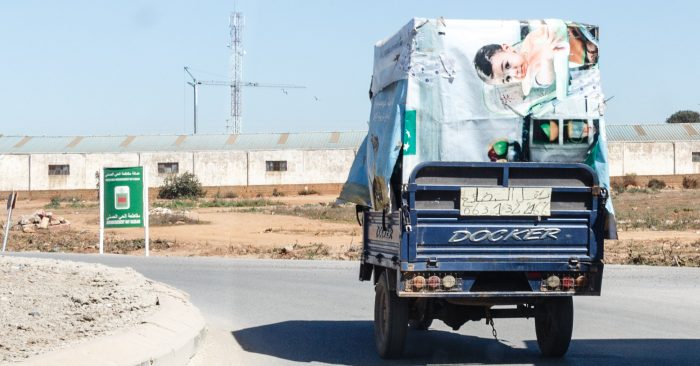 We’ve recently begun dockerizing our applications in an effort to make development and deployment easier. One of the challenges was establishing a good baseline Dockerfile which can maximize the benefits of Dockers caching mechanism and at the same time provide minimal application images without any superfluous contents.

The basic installation flow for any Django project (let’s call it foo) is simple enough:

Preconditions (click to expand)
The foo project has a Django settings module, which contains suitable default settings, especially with regards to the database connection.
A requirements.txt file lists all project dependencies.
The pip command should be executed in a Python virtual environment (or it may be executed as root in a Docker container).

(Note: In this blog post we’ll mostly ignore the commands to actually get the Django project running within a web server. We’ll end up using gunicorn with WSGI, but won’t comment further on it.)

This sequence isn’t suitable for a Dockerfile as-is, because the final command in the sequence creates the database within the container image. Except for very specific circumstances this is likely not desired. In a normal deployment the database is located either on a persistent volume mounted from outside, or in another container completely.

First lesson: The Django migrate command needs to be part of the container start script, as opposed to the container build script. It’s harmless/idempotent if the database is already fully migrated, but necessary on the first container start, and on every subsequent update that includes database migrations.

A naive Dockerfile and accompanying start script would look like this:

Preconditions (click to expand)
A requirements.txt with all required Python packages to install exists, as well as a foo.wsgi file to load the WSGI application.

(The --worker-tmp-dir bit is a workaround for the way Docker mounts /tmp. See Configuring Gunicorn for Docker.)

This approach does work, but has two drawbacks:

(Note: We’re using the slim Python docker image. The alpine image would be even smaller, but its use of the musl C library breaks some Python modules. Depending on your dependencies you might be able to swap in python:alpine instead of python:slim.)

Docker caches all individual build steps, and can use the cache when the same step is applied to the same current state. In our naive Dockerfile all the expensive commands are dependent on the full state of the source checkout, so the cache cannot be used after even the tiniest code change.

In this version the pip install command on line 7 can be cached until the requirements.txt or the base image change. Re-build time is drastically reduced, but the image size is unaffected.

If we package up our Django project as a proper Python package with a setup.py, we can use pip to install it directly (and could also publish it to PyPI).

If the setup.py lists all project dependencies (including Django) in install_requires, then we’re able to execute (for example in a virtual environment):

This will pre-compile and install all our dependencies, and then pre-compile and instal all our code, and install everything into the Python path. The main difference to the previous versions is that our own code is pre-compiled too, instead of just executed from the source checkout. There is little immediate effect from this: The interpreter startup might be slightly faster, because it doesn’t need to compile our code every time. In a web-app environment this is likely not noticeable.

But because our dependencies and our own code are now properly installed in the same place, we can drop our source code from the final container.

(We’ve also likely introduced a problem with non-code files, such as templates and graphics assets, in our project. They will by default not be installed by setup.py. We’ll take care of this later.)

Due to the way Docker works, all changed files of every build step cumulatively determine the final container size. If we install 150MB of build dependencies, 2MB of source code and docs, generate 1MB of pre-compiled code, then delete the build dependencies and source code, our image has grown by 153MB.

This accumulation is per step: Files that aren’t present after a step don’t count towards the total space usage. A common workaround is to stuff the entire build into one step. This approach completely negates any caching: Any change in the source files (which are necessarily part of the step) also requires a complete redo of all dependencies.

Enter multi-stage build: At any point in the Dockerfile we’re allowed to use a new FROM step to create a whole new image within the same file. Later steps can refer to previous images, but only the last image of the file will be considered the output of the image build process.

How do we get the compiled Python code from one image to the next? The Docker COPY command has an optional --from= argument to specify an image as source.

Which files do we copy over? By default, pip installs everything into /usr/local, so we could copy that. An even better approach is to use pip install --prefix=... to install into an isolated non-standard location. This allows us to grab all the files related to our project and no others.

Preconditions (click to expand)
The Django configuration must set STATIC_ROOT="/app/static.dist".
A setup.py must be present to properly install our project. All dependency information needs to be in setup.py, no requirements.txt is used.

This will drastically reduce our final image size since neither the build-essential packages, nor any of the source dependencies are part of it. However, we’re back to our cache-invalidation problem: Any code change invalidates all caches starting at line 17, requiring Docker to redo the full Python dependency installation.

The command setup.py egg_info will create a foo.egg-info directory with various bits of information about the package, including a requirements.txt.

We’ll execute egg_info in an isolated image, copy the requirements.txt to a new image (in order to be independent from changes in setup.py other than the list of requirements), then install dependencies using the generated requirements.txt. Up to here these steps are fully cacheable unless the list of project dependencies changes. Afterwards we’ll proceed in the usual fashion by copying over the remaining source code and installing it.

Preconditions (click to expand)
The Django configuration must set STATIC_ROOT="/app/static.dist".
All dependencies for production use are in the normal setup.py dependencies, and not in extras.

When converting your project to be installable with setup.py, you should make sure that you’re not missing any files in the final build. Run setup.py egg_info and then check the generated foo.egg-info/SOURCES.txt for missing files.

If your project uses templates or other data files (not covered by collectstatic), you need to do two things to get setup.py to pick them up:

The section on Including Data Files in the setuptools documentation covers this in more detail.