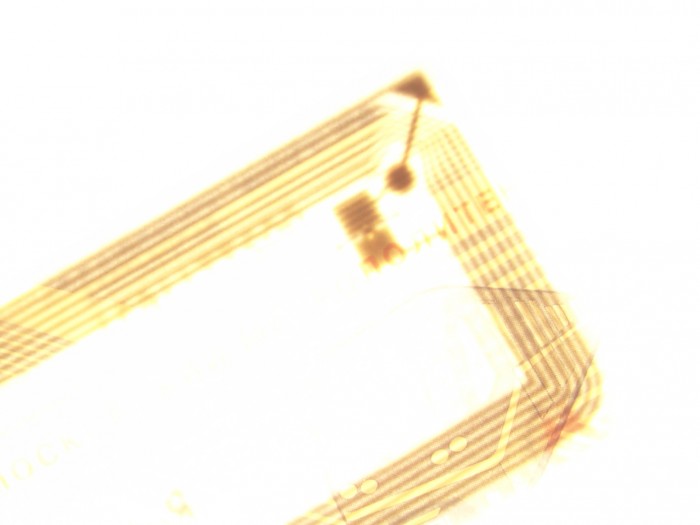 What is RFID? What is NFC? What is the difference between RFID and NFC? These questions come up time and again, so let me answer them in some detail.

Both are terms that are almost never used correctly, and both have, in a general sense, something to do with communicating or radioing.

Let’s start with the older term: RFID is just “radio frequency identification”. It’s not really defined, beyond being a combination of the two attributes, and, if you are so inclined, you could cite the “Identification Friend or Foe” systems invented for military airplanes in the 1930s as one of the earliest RFID systems1.

In modern times, the term RFID is almost always used to imply a system consisting of few relatively complex ‘readers’ and a larger number of relatively, or very, simple ‘transponders’, with some sort of radio signal being used to indicate the identification, or at least presence2, of the latter to the former. Now, that’s still quite abstract, so let’s add further characteristics, at each step going in the direction of the systems that most people actually mean when they say RFID with no further qualification:

It’s a shaky definition process, but at least once you have determined that you are talking about ISO 14443 you’re on quite firm ground. However, this only gets you to establish communication with a transponder, possibly gather a transponder specific unique identifier, and transmit bytes back and forth. The actual command set for reading and writing, and potentially other functions such as electronic purse applications, is a completely different horseride altogether.

Now, on the subject of NFC, this is even less well defined – or possibly better, depending on how you look at it. It’s a relatively new term, so there’s no firm default interpretation you could use, beside it having to do something with “near-field” and “communication” (e.g. inductive coupling and some sort of information transfer). There are, however, a couple of well defined things that bear the name NFC – none of which are usually exclusively intended by someone using the term:

How do RFID and NFC relate?

Now comes the fun part: NFCIP‑1 is, not by accident, compatible with ISO 14443, where appropriate. Full-on NFCIP‑1 devices generally can implement both sides (now called Initiator and Target) of the communication, and so are compatible both with ISO 14443 readers (by emulating a tag) and ISO 14443 tags (by behaving as a reader). As an aside: Most vendors, while they’re on the 13.56MHz frequency anyway, also implement all the usual 13.56MHz RFID protocols in the things they call NFC chipsets, which is not at all helpful when trying to untangle the standards salad. Just because your “NFC phone” can operate with a certain tag does not mean that it’s “doing NFC” in a certain narrowly defined sense.

And even better: The NFC tag types correspond to existing 13.56MHz RFID tag products, but sometimes in a generalized version. For example tag type 2 is essentially NXP Mifare Ultralight3, but where Ultralight has a fixed 64 bytes of memory, the tag type 2 also allows arbitrary sizes bigger than 64B. And indeed, one of the most ubiquitous “NFC tag”s that you can buy now are NFC type 2 tags which are not NXP Mifare Ultralight and have ~160 bytes of memory.